And so, April comes to an end. A month of low temperatures, frigid rain and obstacles is over.

When T.S Eliot wrote “April is the cruellest month”, he knew what he was talking about.

If I could give this April a vocabulary, some of the words would be: endurance, frustration, elation, perseverance, realization, patience.

When we set out to find a suitable location to shoot the cover, it rained. It rained and rained and rained. We drove around the entire day, site to site, to wait for the rain to pass so we could get an hour of good light to shoot in. No such luck. By the end of the day, I was losing hope and patience. But I didn’t want to give up. It needed to be done. And so, at the last possible moment, we went to a forest. The rain stopped.  I worked furiously at gathering pinecones and creating a circle, filling it with rocks and pine needles.  We lit sage and offered lavender. We watched the sunlight dip between the trees and illuminate the mandala I had created. Nothing else was needed in that moment. It was perfect. 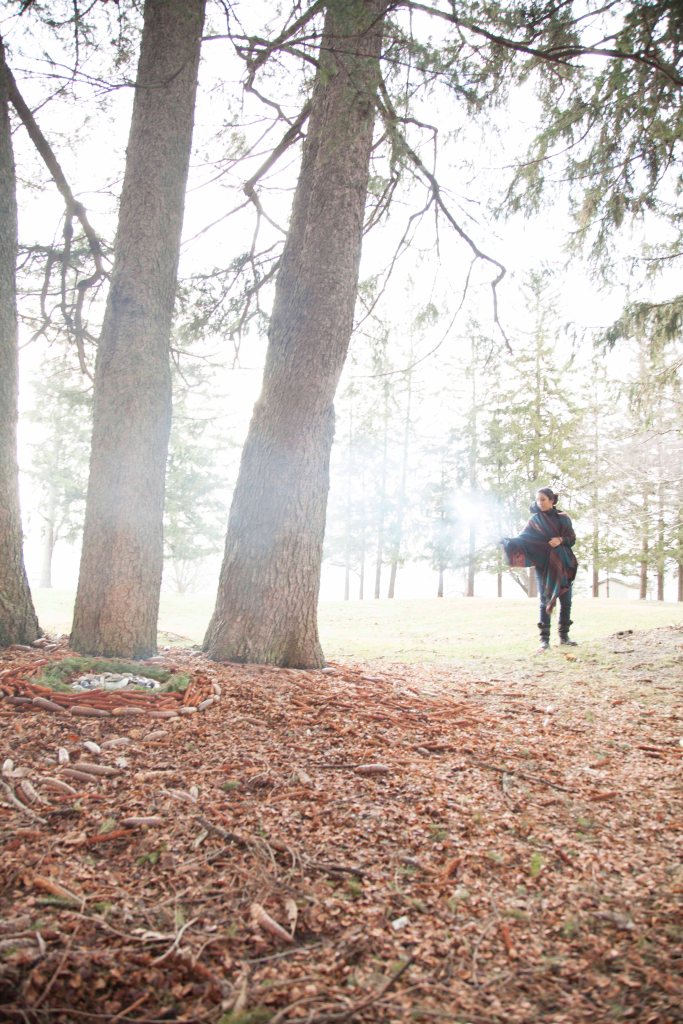 And then, when we went home and looked at the shots, something was missing. We both felt it, but couldn’t quite figure out what it was.  There was nothing missing in that experience or the mandala itself, but it seemed to serve a different purpose- it was a reminder, not a book cover. I can’t articulate what the reminder is for but I can feel it. It is about showing up, using what is around me and creating from it- rather than waiting for the perfect conditions.

Despite this realization, we knew we had to shoot another location and land art mandala for the cover. So, we planned another date. When we reached the location we had chosen, it started to rain. I could feel a knot tightening in my throat and tears started forming in my eyes. But again, just like the first time, I knew it had to be done. And so, we collected coloured rocks, driftwood, sea glass. We scoured the shore for colour. We ignored the rain pelting down on our heads. It had to be done.

We  managed to light a fire with a lighter that was almost dead, using collected driftwood and bark for the firewood.  Flames leapt from the centre of the mandala. We offered palo santo and cedar. The wind carried wisps of smoke over the water.

We sat down by the rocks and gazed into the fire. Sitting with it. Listening to it.

We thanked the land and put out the fire just as it began to rain again.

The scent of fire lingered in my hair, clothes, jacket…it had been absorbed in my very being. 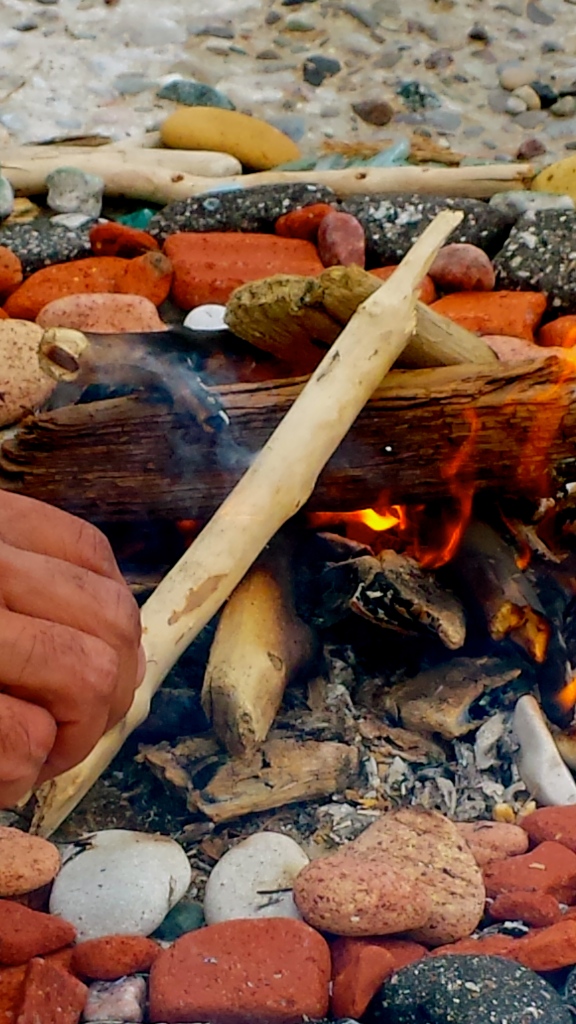 Stay tuned for the reveal of the official book cover.

One thought on “Firesmoke”